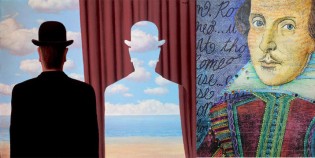 That`s what students from class 3A have strongly demanded  since their previous encounters with CLIL (Content and Language Integrated Learning), where they already dealt with interesting and outstanding subject combinations like English – Maths or English – Biology; NOW the attempt was to combine English and German for an interesting venture into the world of changes or “Verwandlungen” as the German title was.

Our basic idea was to make students write and think about changes in a creative manner to foster creativity and story-writing skills in both subjects. In that open learning session covering one week in both subjects – English and German, students continued stories about famous transformations like Kafka`s “Der Käfer” or they had to take a closer look at René Magritte`s paintings on transformations and change to speculate on their possible background. However, that marked only the beginning as they also had to enrich their knowledge about one of the most famous writer of all times – William Shakespeare and plunge into his world of love and tragedy by reading and acting parts of Romeo and Juliet and by changing perspectives within the story and consider the plot from that point of view for funny story writing activities. The final outcome of that combined approach to teaching writing in both languages was to imagine waking up as Mr. Shakespeare and envisage the daily routine of the playwright, as alluded to in the famous novel “Plötzlich Shakespeare” by David Safier. That final piece had to be written in German again so as to prove that creativity can never be restricted to specific subjects, lessons or to the seemingly fixed realms of only German or only  English artists. As a reward we are going to take our students to Albertina in Vienna, where they will have the chance to have a real-life experience of the magnificent and weird changes and transformation that René Magritte depicted in his paintings.

By the way, CLIL proves to be infectious ;-) as class 3B teachers of English and German decided to adopt the approach as well. Thus the project will  be done in that class too. Teaching done in that way proves extremely valuable as such initiatives foster cohesion and team work across subjects, teachers and most important classes!